Menu
Log in
Register
Navigation
Install the app
More options
Contact us
Close Menu
You are using an out of date browser. It may not display this or other websites correctly.
You should upgrade or use an alternative browser. 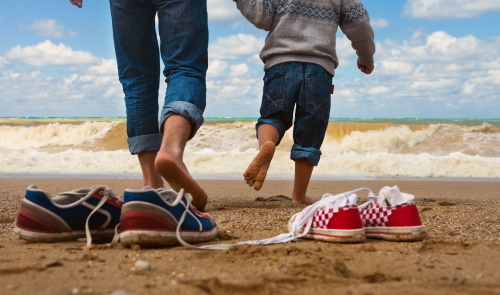 If you want to take your child on holiday, and your holiday weeks aren't court ordered, you need to book within the dates agreed with the ex. Make sure any agreement as to which the children spend school holidays with you, is agreed in writing - either text or email.

So you book your holiday and suddenly the ex says the children can't go. Or, if you're going abroad, the ex won't release the passports. If it's within a week of the holiday you can apply to court for an urgent specific issues order. There is an option to tick a box for a 24 or 48 hour hearing. It usually won't be less than a 48 hour hearing because the court will want papers served to the ex before the hearing. You will almost certainly get your holiday ordered because holidays are seen as an important welfare issue for children. However there are a few things you need to be sure you have.

The application is on a C100 form. The same form used for Child Arrangements applications.

It will usually be just the one hearing for a half day (as it's an urgent application with a deadline) and Cafcass aren't involved (usually). Once the order is made, if the ex still won't release the children to go you can get an order to have the Police go round and collect them. That is a bit extreme and hopefully won't be necessary. You'd need legal advice for that procedure as it means asking for an order for Police intervention in the morning at court, to obtain the same day and give to the Police.

All the above also applies if the ex is being obstructive and refusing to give you the childrens' passports. Don't wait till the day before. If the passports aren't given to you a week before you're due to go then apply for a specific issues order to have passports released (and the holiday booked). If it's a case of difficulty getting passports released, you could also, on the same C100, apply to vary (if you already have a court order) and request a clause be added to the order that passports must be made available 21 days before a booked holiday - this allows time if you need to show the passports at the time of booking.

If you don't already have a court order then you could actually apply for a Child Arrangements order on the same C100 form at the same time, asking for existing arrangements and holidays to be defined in future, with set holiday dates. However this is likely to mean further hearings after the holiday (unless you can agree things at the urgent hearing).

There are other issues involved in holidays with the kids. The resident parent can go abroad for up to a month without seeking consent from the other parent. However, if you have a "spends time with" or contact order, you need the other parent's agreement ("consent") to take the children out of the country. If consent isn't given, then again you apply for a specific issues order.

If you have a shared care "lives with both parents" order, either parent can take the child abroad without needing the consent from the other. Although it's always a good idea to let your ex know where you will be going and a contact number, out of courtesy. And request she does the same.

For Uk holidays, with no overseas issues or passport issues, it is the same, if you have something booked within your court ordered dates, or within previously agreed dates and the ex tries to prevent the children coming, then apply for a specific issues order.

Holidays are seen as high priority for children - and it's ironical that you can have an order within 2 days to take a child on holiday, yet it can take months to get a Child Arrangements order.

You don't actually need to have a Child Arrangements order to apply for a specific issues order.

Currently, during the pandemic, despite delays in hearing times, it is still possible to get an urgent specific issues order. Maybe not a 48 hour one but in time for your holiday to go ahead. So don't cut it too fine. If you haven't got agreement for the children to go 7 to 10 days before the holiday, and been given the passports, then get an application in. On the application form it asks what notice you have given of the application and how it was given. As it's an urgent one, it's fine to put - notice will be given by text today. Then put the application in and send a text to your ex politely stating "This is to give notice that I have applied for a specific issues order for my holiday with the children".

Attached is a legal article which goes into a lot more detail about some of the legalities in taking the children abroad, and how to ensure you have done things properly so it's not classed as abduction (ie taking them abroad without the ex's or the court's consent). Also information about passports and childrens names. Some people have had problems at airports etc if the childrens surnames are not the same as yours.

There are no comments to display.